"Wilfried Sätty was a  collage artist and poster designer who lived and worked in San Francisco during the 1960s and 70s. Sätty (pronounced “SEH-tee”) was born Wilfried Podriech in 1939. He spent his early childhood playing in the bombed-out rubble of his home city Bremen, Germany. In the early 1960s, Sätty came to San Francisco and quickly emerged as a prominent member of the San Francisco rock poster art scene. He organized and hosted some of the most hip counterculture parties in his fantastical subterranean play-land the “U-Boat of North Beach”. He died suddenly in 1982, leaving his estate and prolific body-of-work to his long-time friend and collaborator, the writer and rock art historian Walter Medeiros.." "As a child, the ruins of his city, which was heavily bombed during WW2, provided the contradictory backdrop for his many magic realists artworks, lithographic prints, and hundreds of black and white collages, regularly citing that the horrors of his childhood felt more like a burgeoning surrealistic playground that sustained his artistic impulses. Sätty was an artist who used collage as a means of subverting commercial advertising during most of 1960’s and 70’s America. Producing large-scale poster prints, collage books and animations, his artwork recounted stories ranging from San Fransisco’s unruly history during the Gold Rush era to psychedelic vignettes of UFO’s and ancient aliens.

"During the 1970s many of his collages were used as illustrations in both the counter cultural movements of the time as well as in establishment periodicals, sometimes alongside psychedelic music promoter Bill Graham.

“Although he was accepted as a peer by the poster artists among whom he worked, often designing advertisements for rock concerts, Sätty's mode of expression was only remotely related to the upbeat, exuberant style of psychedelic art. His work evidenced its Germanic roots with a more somber, dreamlike realm of utopian, surrealist fantasy spiced by disarming accents of the bizarre and grotesque. Generally excluded from the museum and gallery world, Sätty had by the early 70's, been largely turned away from making posters, adopting the published book as his principle vehicle.”

"The Cosmic Bicycle was also made into a short stop motion animation in collaboration with Les Goldman.... With depth and subtlety, Sätty's collage aesthetic weaves essences of Max Ernst's Une Semaine de Bonte with the otherworldliness of René Laloux's La Planète Sauvage.

"As an artist, Sätty occupied a curious kind of no man's-land in the San Francisco art world. He wanted to create a visual language as an alternative to the impersonal imagery of the mass media saturation that dominated his mental landscape. His was a language in which the imagination was liberated and connections with ancient motifs and pagan ritual symbologies were re-kindled. His sense of social mission led him to utilise techniques of mechanical mass reproduction, to reclaim the technology for the perpetuation of his collages. Whilst his artworks were generally not conceived as being unique or original pieces, they acted instead as prototypes for photographic reproductions and archetypes that resonated with ancient history and the occult."

"Mass media, Sätty believed, had created a “state of mental pollution” in which people “don’t know the difference between the truth and lies.” In order to learn, they must “open up their subconscious.” Surrealism exerted its influence on him, and he studied architecture, engineering, and design, honing his drafting abilities. Born as Wilfried Podriech in 1939, he spent his childhood playing in the bombed-scarred WWII ruins of his native Bremen, a place he called “a big surrealistic playground.”

"When he came to California, the artist adopted the name Sätty, “intended to be reminiscent of the Egyptian Pharaohonic name Seti,” Jonathan Coulthart notes. “The umlaut over the ‘a’ gives the pronunciation setty.” The linguistic reference was probably lost on most Americans, but Sätty wasn’t interested in being accessible. His goal was the transmutation of contemporary art and design into what he called “another world within our world.” Sounding very much like Aleister Crowley, he claimed that getting there is only “a matter of will.” - Josh Jones, Flashbak 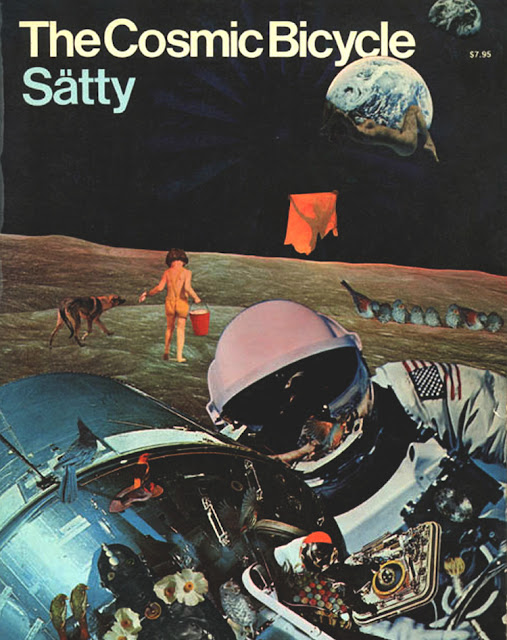 A slideshow of Sätty's work

His other book Time Zone. 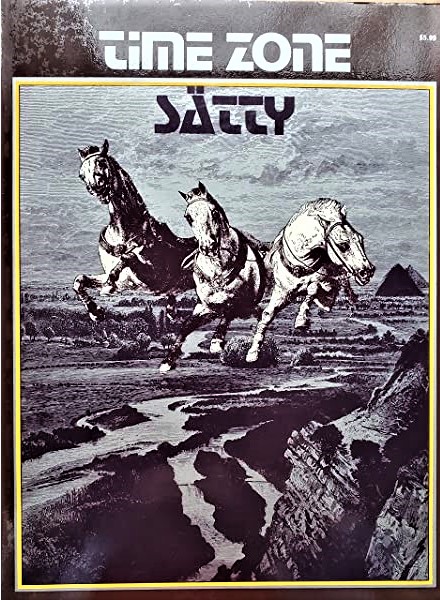 "Prominent in the hippie scene, Satty (Wilfried Podriech, 1939-1982) transformed 2141/43 Powell into what the late SF Chronicle art critic Thomas Albright described as: "a surreal environment that resembled a cross between Mrs. Havisham's parlor in Great Expectations and something out of Luna Park. Using detritus he had found in trash bins of the more affluent Satty covered the dirt floor with oriental carpets, the walls with fur and mirrors, and created a " warren of variously weird compartments like the different rooms in Hesse's Magic Theater." It was said to have "as many levels and ladders, as a Hopi Indian pueblo." Baby dolls, alchemy books, a human skull, a large incense burner were all part of the decor.  Satty was considered a master manipulator. Maddened when another resident of 2141 allowed his bathwater to overflow, flooding Satty's opulent underworld, he suggested to the landlady that she evict all the other tenants and hire him as building manager. (Clearly this was before the rent and eviction control statutes and such a thing was still possible) Satty then installed his friends, including David Singer and Mark Twain Behrens, two other poster artists of the 1960's, in various other apartments on the premises.

"The new building tenants dubbed 2141 "The North Beach U-Boat" for its extravagant underground compartments. Friends hypothesized that Satty fashioned the so-called bunker as a result of childhood trauma during the World War Two bombing of Bremen, his hometown. Satty himself said he styled it partly on the underground grottos that Mad King Ludwig of Bavaria had built.

"... All good things must come to an end. According to Thomas Albright: "Sequestered like a medieval copyist in his cell, working with the meticulous perfectionism of a Dutch diamond cutter and the obsessiveness of a paranoiac possessed by an "ide fixe", Satty combined and recombined fragments into often magical collages where it was impossible to tell where reality ended and fantasy began." And he began to drink excessively, lost his wife, and went into detox.

"Friends thought a change of locale might be helpful to Satty because the place was redolent of the fast fading hippie past, but "As long as he stayed inside its walls, it was still 1967, and Satty could never quite square the fantasy world he had created then with the reality of the 1980's."

"In January of 1982 Satty, drunk, fell down one of the ladders that led to his underworld, and died..." 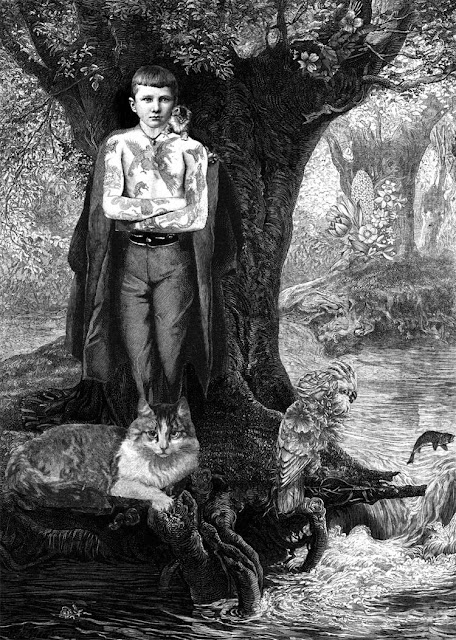 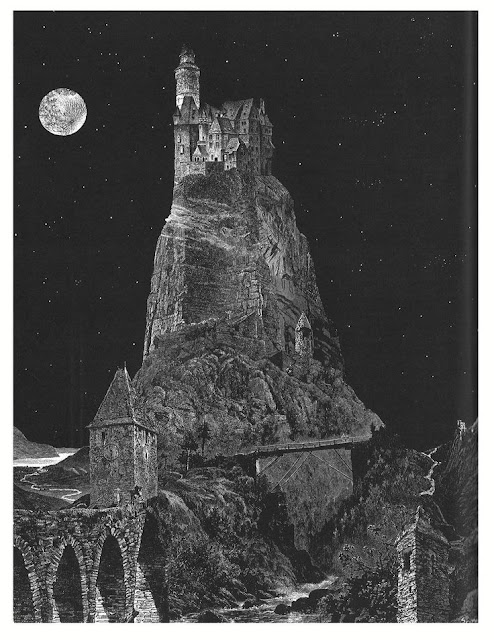 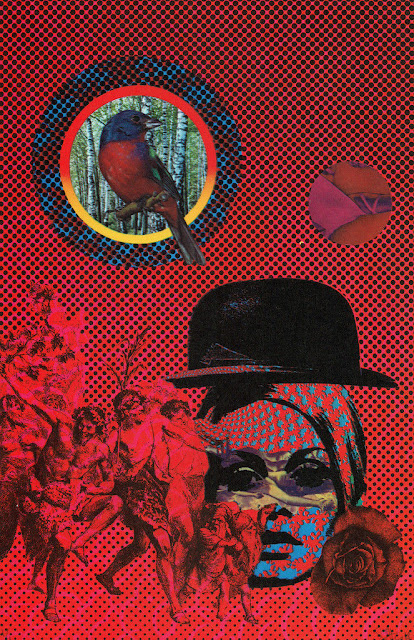 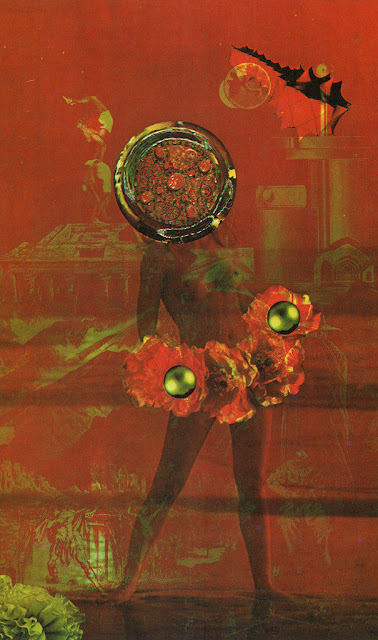 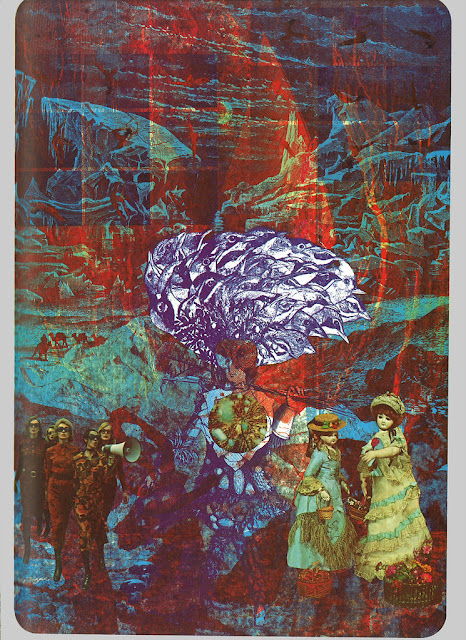 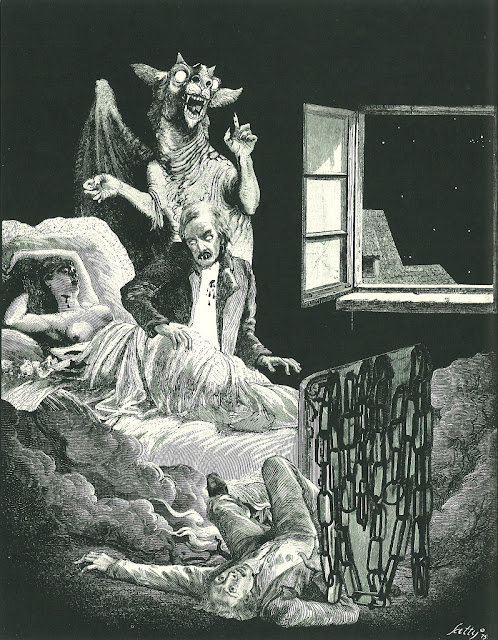 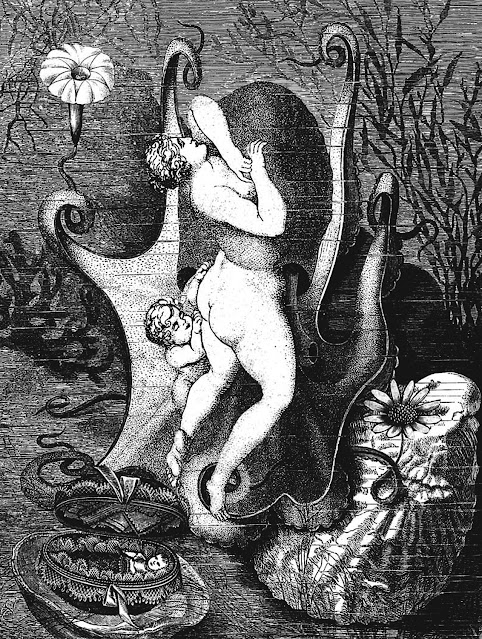 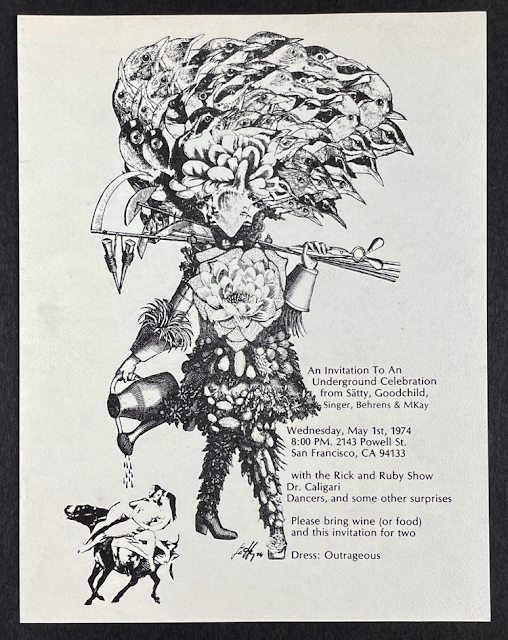 Posted by SIMON REYNOLDS at 6:08 PM No comments: