"Even though his role in this project is controversial and much debated, Somnambulists is, beyond any doubt, heavily inspired by the work of the Polish artist Tadeusz Kantor (1915–1990). One of the most influential figures in Polish culture of the 20th century, whose legacy extended years after his death in 1990, Kantor was a truly versatile figure. Through the formation of the groundbreaking Cricot 2 theater in Kraków, as well as his constant innovation in the field of visual arts, he kept alive the ethos of the prewar artistic avant-garde. Maintaining an international profile and contacts, in the 1950s and 1960s, Kantor also operated as a “liaison” between the Polish scene and the latest trends in European avant-garde art, which he observed and brought home with him from abroad, especially Paris.

In 1955, it was informel painting that fascinated him in the French capital, and he immediately started to champion it in Poland. The film Somnambulists, made by two graduates of the Film School in Łódź, director Mieczysław Waśkowski (1929–2001) and cinematographer Adam Nurzyński, marks an attempt at adding a temporal dimension to informel canvasses, thus fully visualizing the basic premise of this genre of painting—its abstract, dynamic, and incidental play of color and forms. Here, patches of color flow freely on a glass pane, translating informel into the medium of film. Somnambulists is the second work by these filmmakers devoted to Kantor’s practice (which later changed substantially). It was preceded by Attention! . . . Painting, which was made in 1957 and portrayed Kantor at work." -  Łukasz Mojsak, National Gallery of Art. 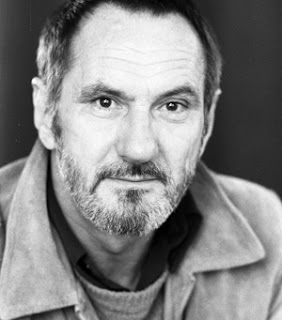 Posted by SIMON REYNOLDS at 5:25 PM No comments:

"An experimental animation created by Osamu Tezuka to explore the possibilities of expression.
An animation that expresses the uncertainty of memories by combining photos and using pictures that emphasize deformation" - unknown.

More famous for his anime and manga


With great music and sound FX as Creeled here 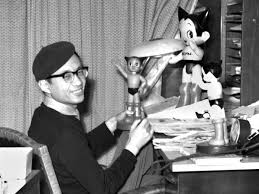 Posted by SIMON REYNOLDS at 5:22 PM No comments:

"... An artist named Elias Romero, who had been making light art with an overhead projector at an old church on Capp Street in the Mission District, was invited by playwright and director Lee Breuer to create light projections for a play call “The Run” at the San Francisco Tape Music Center. Romero’s projections were somewhat abstract, kind of landscape-ish...  There was no precedent for making art with an overhead projector that I was aware of, other than what Elias was doing. Elias worked in a controlled, minimal, almost poetic manner....  With the help of Bob Cohen, who had been an electrician in New York, I put together a homemade sound system from parts I had torn out of an old television console, including its record player. Elias had an LP of “Carmina Burana,” so for our first and only collaboration, we played the record and took turns on the overhead projector....

"In a way, it wasn’t about creating light shows as much as it was coming up with a whole new approach to painting. Typically, an artist paints something in a studio, waits for it to dry, and then, when he’s got a bunch of paintings, invites people to his studio or a gallery for a show. When you are painting with light, if people aren’t there, nobody sees it. It was present-tense art, in which composition, execution, and observation were simultaneous. That changed the relationships between the painter, the painting, and the viewer.

"...  Overhead projectors were used mostly in educational settings, for corporate meetings, that sort of thing. We repurposed them. The main medium of the overhead projector had been the transparency. The light source below the projector’s flat surface, which is actually a Fresnel lens, would beam the image or words on the transparency onto a mirror above, which, in turn, aimed that image through a focusing lens and onto a screen or wall. Transparencies are dry, but we were projecting liquids, so the first things we needed to do were to protect the lens with a clear sheet of glass and then contain the liquids. Early on, Elias had discovered that clock crystals—the clear pieces of glass that protect a clock’s hands and other moving parts—made good bowls for light-show liquids. They came in all shapes and sizes. Those that were deeply concave held more liquid. Others were flatter, which allowed you to do different things to the liquids. Some crystals with round bottoms could actually be spun in circles on the projector’s flat surface. And then, by setting one bowl on top of another, you could stack them up, several at a time, to produce even more effects, liquid- and color-wise."
- Bill Ham, interviewed in Collector's Weekly 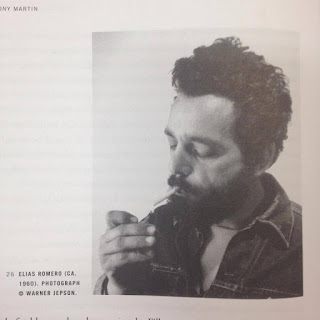 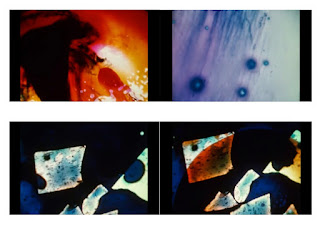 Posted by SIMON REYNOLDS at 10:35 AM No comments:


"During the seventy minutes of The Angel, viewers see a series of distinct sequences arranged upward along a staircase that seems more mythic than literal. Each of the sequences has its own mood and type of action.... At times, Bokanowski’s imagery is reminiscent of Etienne-Jules Marey’s chronophotographs.... The film’s most elaborate sequence takes place in a library in which nine identical librarians work busily in choreographed, slightly fast motion. When the librarians leave work, they are seen in extreme long shot, running in what appears to be a two-dimensional space, ultimately toward a naked woman trapped in a box, which they enter with a battering ram. Then, back in the room with the projector, we are presented with an artist and model in a composition that, at first, declares itself two-dimensional until the artist and model move, revealing that this “obviously” flat space is fact three-dimensional.... Bokanowski’s consistently distinctive visuals are accompanied by a soundtrack composed by Michèle Bokanowski, Patrick Bokanowski’s wife and collaborator. Like Robert Wiene’s The Cabinet of Dr. Caligari (1919), Bokanowski’s The Angel creates a world that is visually quite distinct from what we consider “reality,” while providing a wide range of implicit references to it and to the history of representing those levels of reality that lie beneath and beyond the conventional surfaces of things" - Ubuweb

"French filmmaker and artist who has developed a manner of treating filmic material that crosses over traditional boundaries of film genres: short film, experimental cinema and animation. His work lies on the edge between optical and plastic art, in a gap of constant re-invention. Patrick Bokanowski challenges the idea that cinema must, essentiallly, reproduce reality, our everyday thoughts and feelings. His films contradict the photographic objectivity that is firmly tied to the essence of film production the world over. Bokanowski’s experiments attempt to open the art of film up to other possibilities of expression, for example by "warping" his camera lens (he prefers the term "subjective" to "objective" - the French word for "lens"), thus testifying to a purely mental vision, unconcerned with film’s conventional representations, thus affecting and metamorphosing reality, and thereby offering to the viewer of his films new adventures in perception." - Pierre Coulibeuf, Lightcone 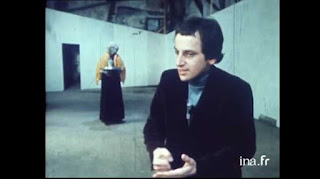 Posted by SIMON REYNOLDS at 3:04 PM No comments:

"Born in Budapest in 1950. Graduated from the College for Creative Arts in 1973. While still at college he won several prizes as an amateur animation filmmaker.This it was abvious for him to follow, the road Pannonia Film Studio where he worked as an animator - designer - director from 1973 to 1991. He used puppet, clay, and paper-cut techniques in his films including 'The Chair', 'Criminal Clay', 'King`s Cold', (to order by John Halas), 'Tale with Surprise Ending' etc.
The first significant intenational succes was at the Annecy Film Festival with 'Ad Astra' in 1982. From that time on he has made his films from his own scripts. His individual style emerges in his short films: 'Motorture' (clay) 1982. 'Ab Ovo' (clay and sand) 1987, 'Ad Rem' (clay and coal) 1989, 'Ashes' (sand) 1994 ,'Song of the Sand' (sand) 1995, 'Nest' (sand) 1997, 'Labyrinth' (clay and puppet) 1999, 'Vision' (puppet) 2000, 'Stones' (sand) 2000. His films have won the grand prizes of nearly each significant film festival: Cannes (Best Short Film), Berlin (Golden Bear), San Francisco (Golden Gate Award), Annecy (Best Short Film), Oberhausen, Krackow, Espinho, Sanghai, Gava Uppsala, Kecskemet etc. He also made series for children: 'Never Mind Toby' (26 episodes), 'Zeno' (22 episodes), 'Elephant Tof-Tof' (52 episodes), 'Legends of Hungarian Castles' (13 episodes)." - National Film Institute 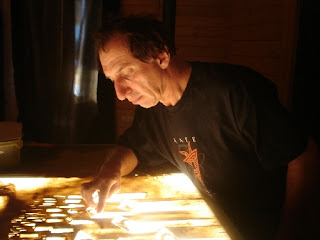 Posted by SIMON REYNOLDS at 12:11 PM No comments:

"Inspired by the work of Charles Fourier, the inventor of the phalanstery, and by paintings by the Portuguese Eduardo Luiz, who produced the drawings, this film is an invitation to utopia and shared love." - auto-translated from

also a megamix of it here

"Pierre Kast (September 22nd, 1920 – 20th October, 1984) was a Second World War Resistance activist, co-founder of the University of Paris Cinéclub, film critic (for Cahiers du Cinéma) and a director of documentaries and features. A fiercely independent spirit, who, despite early affiliations with both the communist party and the surrealists, described himself as an intellectual dandy and nobody’s accomplice. His films are marked by their wit, attack on bourgeois norms and refined style" - New Wave Film 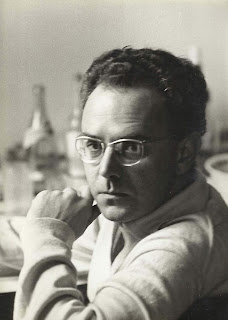 Posted by SIMON REYNOLDS at 11:37 AM No comments: