Jankel also did this wonderful promo for Tom Tom Club

And this one for her brother Chas Jankel

"She started her career in the late 1970s at the UK-based film production company Cucumber Studios which she founded with her partner - fellow director Rocky Morton. Jankel and Morton specialized in creating music videos, TV commercials and TV title sequences using a combination of live action, animation and the then emerging art of computer graphics. In this period the duo directed several music videos for performers including Rush ("The Enemy Within"), Elvis Costello ("Accidents Will Happen"), Talking Heads ("Blind"), Tom Tom Club ("Genius of Love", "Pleasure of Love", "Don't Say No"), Donald Fagen ("New Frontier") and Miles Davis ("Decoy").

"In 1985, Jankel and Morton won an Emmy Award for their title sequence for the NBC show Friday Night Videos. And that same year their innovative TV commercial for the newly launched soft drink Quatro gained recognition at the British Television Advertising Awards.

"In 1984, Jankel and Morton co-authored a book titled Creative Computer Graphics that detailed the history of the craft and essayed its future.

"Jankel co-created Max Headroom, a cult cyberpunk character that evolved into multiple TV productions and became very influential in science fiction TV and impacted popular culture in the 1980s. Jankel and Morton first created and directed The Max Talking Headroom Show - an entertainment program that featured comedic sequences, interviews conducted by the Headroom cyber-character and music videos. (Channel 4 - UK and HBO - US). This led to the TV film Max Headroom: 20 Minutes into the Future, also directed by the duo. The TV film in turn inspired the ABC Max Headroom US TV series.

"Subsequent to the success of Max Headroom, Jankel and Morton moved to Los Angeles. They were considered to co-direct the 1988 horror film Child’s Play, the first film to feature the character of Chucky, before Tom Holland was hired. They together D.O.A, a remake of the 1949 film of the same name, starring Meg Ryan and Dennis Quaid. The film received critical acclaim in The Washington Post''[10] and from film writers such as Roger Ebert who described it as "a witty and literate thriller".

"Following D.O.A., Jankel and Morton directed the film, Super Mario Bros., a film loosely based on the video game of the same name starring Bob Hoskins, John Leguizamo and Dennis Hopper. The film was set in a dark post-apocalyptic interpretation of the Mushroom Kingdom, as distinct from the colourful cartoonish setting of the game. It was panned by critics, receiving almost universally negative reviews....." - Wiki

Posted by SIMON REYNOLDS at 9:34 PM No comments:

Peter Donebauer (born 1947) is an English video artist known for designing and building the Videokalos video synthesizer.... He is best known for his video artwork 'Entering', part of his seven-part 'Creation Cycle'. This was the first video piece to be commissioned and nationally broadcast by the BBC on 'Second House'. It was created in real-time at the Royal College of Art television studio and transmitted via a live microwave link to Broadcasting House where it was recorded for later broadcast.
In 1975-76, Donebauer partnered with Richard Monkhouse to develop the Videokalos colour synthesizer. It decoded the video signal into its red, green and blue components allowing for complex mixing and interlayering of colours and images. The device allowed “video” to be “played live” like a musical instrument.
Utilising the Videokalos synthesiser, Donebauer founded the Video And Music Performers (VAMP) delivering live interactive performances created between video and music performers. VAMP toured the UK in 1978-79 and had a retrospective performance at Tate Britain in 2006.
Donebauer created other commissioned works within The Creation Cycle, including 'Struggling', a part of his Arts Council award produced in 1974, and three works commissioned by the British Film Institute: 'Circling' and 'Teeming' in 1975, and 'Dawn Creation' in 1976. In 1980 he produced 'Moving' for the Calouste Gulbenkian Foundation and in 1980-81 'The Water Cycle' for Thorn-EMI. Later works include the 'Mandala' Cycle, 1991, and 'Thames Reflections', 2003.
- Wiki 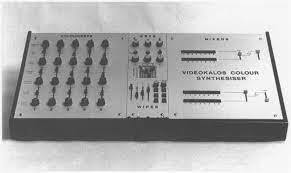 "Donebauer collaborated over a two year period with the electronics engineer Richard Monkhouse to build the Videokalos Colour Synthesiser, a portable image processing instrument. He explored performance, improvisation and the spontaneous real-time recording of video as an abstract art form, investigating its similarities to music. He formed ‘Video and Music Performers’ (VAMP) in 1979 and presented video in live video-music concerts, often collaborating with musician Simon Desorgher.
“Frequently described as an electronic painter, I have sought to extend the possibilities of the television screen as an arena for the presentation of coloured imagery of the widest range of types.” (P. Donebauer, Video Artists on Tour programme notes, February 1980). Donebauer’s processing of video – his experimentation with abstraction synthesised video and live performance were clearly innovative of their time. Evidently, Donebauer was working with the painterly moving-image, and a scientific/engineering oriented research process; “I have been using this equipment to attempt to create an art form that is simultaneously sound, colour and visual pattern. Video is unique in allowing degrees of visual and aural spontaneity not possible with film. Thus in conjunction with an electronic music composer, I produce work that is neither music nor visual art but a combination of created sound with created vision.” -  Rewind
Watch "Merging-Emerging" here.
Donebauer interviewed here
Posted by SIMON REYNOLDS at 8:09 PM No comments: 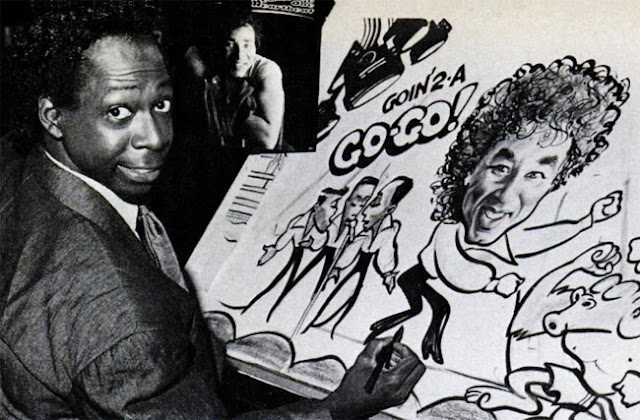 Posted by SIMON REYNOLDS at 12:06 PM No comments:

"Choreography for Copy Machine (a.k.a. Photocopy Cha Cha) is a four-minute animated film by independent filmmaker by Chel White. All of the film's images were created solely by using the unique photographic capabilities of a photocopier to generate sequential pictures of hands, faces, and other body parts. Widely considered the first noteworthy animated film using this technique, the film achieves a dream-like aesthetic with elements of the sensual and the absurd. The Berlin International Film Festival describes it as “a swinging essay about physiognomy in the age of photo-mechanical reproduction.[5] Filmfest DC calls it, "true art in the age of mechanical reproduction; a rhythmic celebration of a photocopier’s cinematic potential." The Dallas Observer says, "(The film) takes a game we've all played with our hands, faces, and other body parts and raises it to the sublime." The Austin Chronicle writes, "(the film) pulses with a grinding sort of ghostly sexuality.” Alive TV says, "Your relationship to your copy machine may never be the same.” And The Washington Post describes the film as “(a) musical frolic which wittily builds on ghostly, distorted images crossing the plate glass of a copier.”" - Wiki 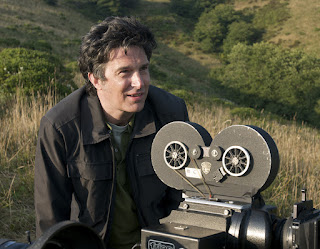 Posted by SIMON REYNOLDS at 4:33 PM No comments: