(via The Hauntological Society)

At first, this seemed too good to be true - like it actually might be an incredibly well-made contemporary artifact.

But it seems to hail from American 1970s public television.

Posted by SIMON REYNOLDS at 9:49 AM No comments: 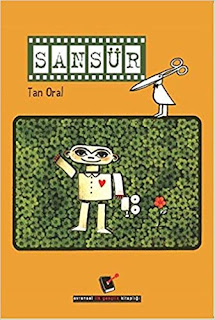 "'Censored' is an animated film made in 1970 by a Turkish cartoonist called Tan Oral. The film won 'Great Award' by TRT ( Turkish Radio and Television Corporation). But TRT never broadcasted the film. In 1977 'Censored' was published as a book. But at the time the public prosecutor ( Turkish authorities) brought in an age restriction for the book (which wasn't allowed to be sold to anyone under the age 18)" 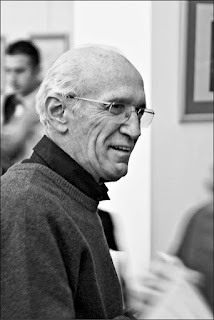 Posted by SIMON REYNOLDS at 9:38 PM No comments:

some good mouth music, via Sky-David's own mouth, on that one 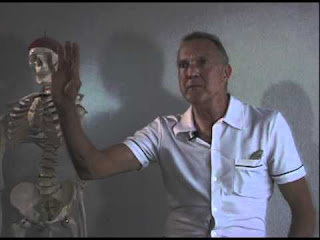 "... Sky-David (formerly known as Dennis Pies) has created several abstract films using pastel on black paper, including Luma Nocturna, and with paint and ink on a white background, such as Sonoma. He has also given dance performances with his animations."

"Sky David...  was born in 1947 in Terre Haute, Indiana and his family moved to Texas in 1955. His father was an engineer for Texas Instruments and ran an auto shop, where, as a boy, Sky excelled at machine work, as well being a gifted illustrator. In 1965, he enrolled in Texas Tech but enlisted in the military and started basic training in 1966 at Fort Hood as an infantryman. He went to Vietnam and was in active battle as a sniper, an experience that has continued to inform his work as an artist. Returning from Vietnam, Sky became more involved with art making and drawing and enrolled in CalArts in 1971 and studied extensively with Jules Engel....  Sky currently provides lymphatic therapy for people with cancer using the HEMO-SONIC LYMPH-LIGHT that he invented".


An extensive interview with Sky-David can be found here.


Posted by SIMON REYNOLDS at 8:33 PM No comments:

"Made in 1974...  Zupa (Soup) utilizes an optical printer to overlay bold colors on surrealistic imagery. Its look and structure are somewhat uncharacteristic of Zbig, but his thematic hand shows in a number of repeated gestures: a man reaching over in bed to touch his wife’s breast, a hand lighting a cigarette, a woman pulling up and unrolling her stocking. Everything is culled from live-action sources, but Zupa’s collage style and bold, dark colors make it clearly read as an animated film. Rybczynski utilized similar deep tinting in Swieto, another of his early experimental films.... "
---- Teddy Blanks, from "Zbigniew Rybczyński: The Reluctant Animator", published at Not Coming 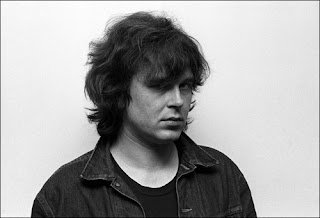 I knew the name rung a bell...  Rybczyński intersects with my world because he made this great promo for Art of Noise...

Posted by SIMON REYNOLDS at 11:19 AM No comments:


"I believe in the trend of animated films that links its future to the mental capacity of the means of expression belonging to kinetic arts and the currently developing principles of aesthetic and semantic audio-visual integration; a trend that explores and reveals the ability to create ambitious animated films based on the conflict of form, texture, light and movement, and not just on the traditionally understood drawn anecdote or even illustrated story" - Kazimierz Urbański, from the manifesto Art Under Camera. 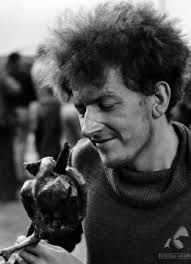 "... the opening credits.... are accompanied by images of colourful liquids, creating hypnotic whirlpools and aesthetic explosions..... When the fluid background calms down, we see the rush of paper antelopes and the relentless attempts to hunt them down. When one of the animals is finally brought down by an arrow, the endless battle between warring groups, which is the central motif of the film, begins. It has existed since prehistoric times, when people fought with bows and spears, then swords, and later firearms. The increasing automation and power of war machines, the appearance of tanks and planes, and finally the use of weapons of mass destruction lead to total annihilation, which once again is shown, as in the prologue of the film, by means of a storm of flowing liquids.... Playthings is one of the few films by Urbański in which the storyline is clear to the viewer, and the narrative structure is visible from beginning to end. However, it is not the message, but the original use of materials that gives this film extraordinary power. The characters and weapons cut from paper, based on highly geometric forms, create a visual show thanks to the artistic power of simple images. Cutout animation is the only technique in which objects are subject to such dramatic disintegration (a figure consisting of several pieces of paper falls apart into its components upon the impact of a bullet) and easy transformations (the forming of an army battle order or a column of tanks advancing under intensive aerial bombing as seen from above). Drawing on the basic feature of the cutout technique, which is the continuous transposition of the elements comprising the presented characters, Urbański created an extraordinary ballet of form and colour with a pacifistic message"
-  Mariusz Frukacz,  transl. Bozhana Nikolova

More about Kazimierz Urbański at CULTURE.PL

Posted by SIMON REYNOLDS at 9:58 PM No comments: