"Evolving the structure or script for the film involved a process of controlled hallucination, whereby I sat quietly without moving, looking at the background until the pieces began to move without my inventing things for them to do. I found that, given the chance, they really did have important business to attend to, and my job was to furnish them with the power of motion. I never deviated from this plan" - Larry Jordan .

"The title of this film conjoins a made-up name for Lawrence Jordan's home, "Hamfat," with the archaic name "Asar" for Osiris, the Egyptian god of the underworld. Jordan explains that, "Every culture has a relation to symbols. Every culture has their ways of getting at the infinite. I especially like Egyptian culture in that way. So many of their symbols and practices are about getting in touch with an afterlife. Everyone has an inner personal place, a yearning. And, most artists get at that through representation.

"The strangeness of this film is laced with carefully molded apocalypses as the filmmaker explores a vision of life beyond death—the Elysian fields of Homer, Dante's Purgatorio, de Chirico's stitched plain. A moving single picture.

"Larry Jordan’s meticulous and wondrous body of work—animated collages of 19th-century engravings, manuscripts, common symbols—plumbs the depth and mysteries of the mind.  Jordan’s experimental collage films transformed familiar ‘found’ objects into Surrealist mappings of the world of the imagination—uncanny, dream-like constructed through a process of free association.  A master of cut-out animation, Larry Jordan, together with mentor and visionary pioneer of the assemblage Joseph Cornell, would forge an American Surrealism unfettered by European concerns."

- Christopher Zimmerman, curator of The Alchemical Films of Larry Jordan, 2018 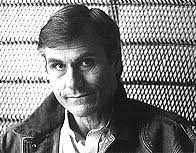 Posted by SIMON REYNOLDS at 12:20 PM No comments:

This wonderful interpretive response to a piece of koto music is a cosmopolitan hybrid work – India-born animator, working for the National Film Board of Canada, responding to traditional Japanese music.

"Born in Gujarat, India, Ishu Patel studied Fine Arts and Visual Communication in India and advanced Graphic Design at the Basel Shool of Design, in Switzerland, before landing at the NFB in the 1970s, on a Rockerfeller Foundation Scholarship. Celebrated for his short animation, he is also an accomplished photographer, a passion he picked up during his stint as guide and photo assistant to Henri Cartier-Bresson in India....  Decidedly trippy, yet almost academic in its study of geometry and symmetry, this sweet kaleidoscope of a film [Perspectrum] features small squares, rectangles and lozanges that form, re-form, pile up and fan out against a silky black background. Twirling and pulsating at the rhythm of the koto, the 13-stringed Japanese instrument that provides the soundtrack, the diaphanous shapes begin assembling quite simply, before rapidly gaining in complexity, as more and more colours and patterns enter the dance. A truly dazzling display of skill, Perspectrum is an even wilder proposition when you consider it represents Ishu’s very first film." - NFB


"A masterpiece of abstract animation. On the one hand, the squares and their actions in themselves do not invite comparisons with anything in the natural world; they are, for all practical purposes, completely abstract. But at the same time they are not cold, mechanical, and calculated in their animation; there is an air of spontaneity and grace to how they move through the blank space, to say nothing of the beauty of their interactions and the formations they create, as though they were reflections of Ishu Patel himself. In effect, Patel creates a world that seems completely separate from the real world—but parallels it in terms of building up larger structures from simpler components, with both the squares themselves and their aural accompaniment in the arrangements of Sakura acting in this manner, and on top of that bears Patel’s personal stamp as an artist and person." - Toadette from On the Ones blog, from a very in-depth profile / career survey / filmography of Ishu Patel 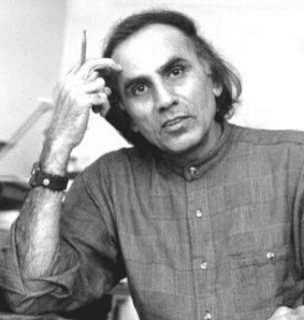 "Yōji Kuri is an animation artist most known for his work during the 1960's and is known to be of large importance to the history of animation. Known to be dark humored, independent and minimal artist, his work seems to capture a disturbing perspective of love and sex. Some such films as Human Zoo (1960) and Ai-Love (1963) depict this type of imagery and end fairly quickly. The time range for Kuri's work seems to be shorter then ten minutes, perhaps implying the shorts are more of a thought then a statement. He later produced an animation film The Bathroom (1970), it too was along the same subject matter as previous work. One part of the film at the end depicts butt and leg sculptures; the style and location (bathroom) reminded me of the TV show Shin Chan. Shin, a 5 year old boy whom is obsessed with human privates, frequently flaunts his rear and enjoys time in the bathroom.
Yōji Kuri continues to draw today as well as teach animation at the Laputa Art Animation School."
- animation blog at School of the Museum of Fine Arts, Boston 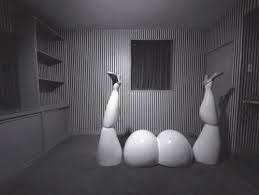 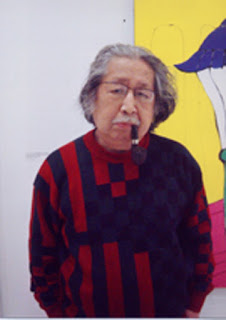 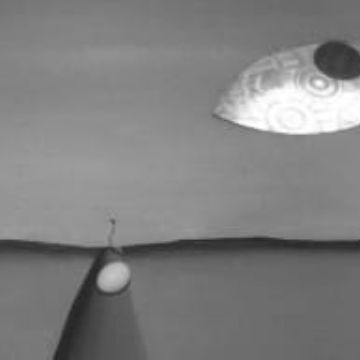 Posted by SIMON REYNOLDS at 1:25 PM No comments: