sound and vision by Bernard Parmegiani

"The makers of the films are seeking out music that is appropriately abstract and futuristic – or strange.  Sometimes from established composers, sometimes from lesser known people  of their acquaintance who have institutional access to synthesisers or studios. One example is Bernard Parmegiani, the great musique concrete composer  - who did the soundtrack for Piotr Kamler’s The Spider Elephant

"Before he got into making music, Parmegiani had another artistic past-time : photomontage. He'd cut out a large number of image-fragments from magazines--human limbs, machine parts, etc--and then glue them into surreal assemblages. His music-making would follow a similar process, starting with the building-up of a sound-bank, an inventoried miscellany of noises, before embarking on composition.

"Photo-collage is like a non-animated form of a particular style of stop-motion cartoon that involves cut-outs – the most famous exponent would be Terry Gilliam of Monty Python, but he was actually influenced by people like Jan Lenica in Poland . What  musique concrete has – and what stop-motion animation has – is this extra quality that  Parmegiani’s photo-collages lacked – life, or at least the queer, unheimlich life of animation.

"Parmegiani also made an animation / experimental film himself, L’Ecran Transparent

me on Parmegiani's musique concrete 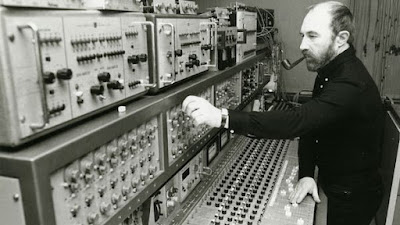 interview with Parmegiani by ÉvelyneGayou

"Later on, I wrote and co-produced L'Ecran Transparent wth José Montés-Baquer of the WDR (Westdeutscher Rundfunk) in Cologne.

"I then tried one final experiment at the Research Service called Jeux d'Artifices. As its name implies, it's an illusory sound display which goes together with an illusory visual display to make a video about 12 minutes long. It was a very interesting experiment that I would've liked to take further, but I just didn't have the technical means."

Parmegiani's Photomontages, via the Parmegiani site 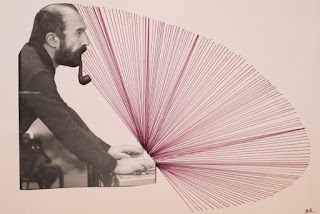 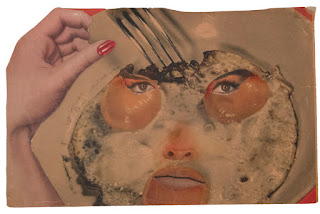 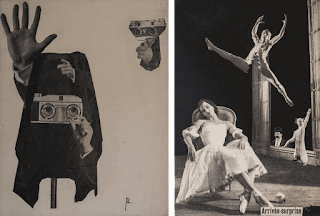 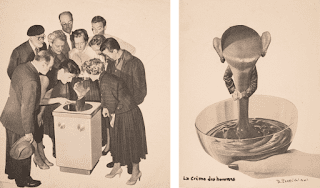 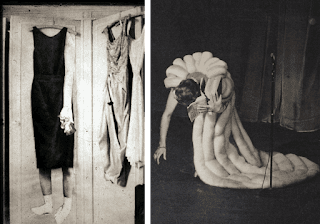 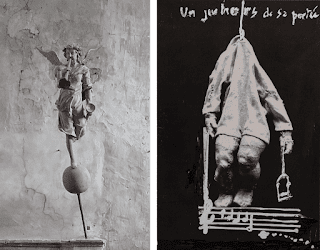 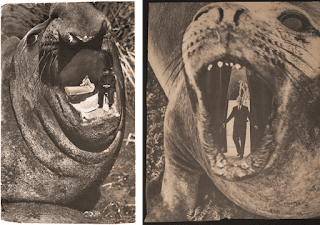 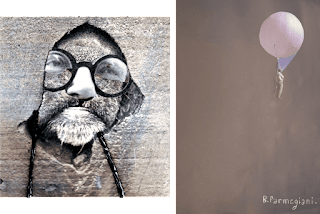 “Before making music, I made photomontages following a surrealist process where an accompanying text emphasizes the image’s absurdity and highlights its funny or derisive aspects. Much to my regret, I’ve almost given up these picture-games altogether – I could no longer find the time to cultivate any more images, although others put it down to the austerity of the press’s changing photographic standards…”

Posted by SIMON REYNOLDS at 8:30 PM No comments: