"Off and on, Carol and I spent a few days in the woods filming. We got some images of her, some of trees, leaves, twigs and logs. These I combined with sounds from a thumb piano, which were sometimes modified ..." - Ed Emshwiller

"After serving in World War II, Emshwiller, an academically trained artist with a talent for figurative illustration, settled down to start a family with his wife Carol in Long Island. There’s a clear trajectory from the military drawings he sketched during his time as a lieutenant to the science-fiction novel covers, tense with armed conflict, that became his livelihood (his illustrations won five Hugo Awards). From his unassuming suburban home, Emshwiller pivoted from this illustration work into the pioneering experimental film work that comprises much of “Dream Dance”—complexly layered musings on interpersonal relations, the interconnectedness of the universe, and the form of film itself. Emshwiller’s talent and vision in this medium landed him a position at the computer animation lab at CalArts; he served as dean of the film school there from 1979 to 1990.

"... In a quiet corner of the gallery, Carol (1957) and Certificate of Appreciation to Carol Emshwiller (1975) hang side by side. The former is an oil portrait of Emshwiller’s wife, who looks stately, radiant, and mannishly handsome, even in a dress. In the frame to her right, Emshwiller has inked a certificate to Carol, noting her numerous collaborative roles in and around Emshwiller’s work: as model, actress, editing consultant, photographer, writer, and mother to the couple’s three children. She was a noted science-fiction author in her own right. The tribute to her is an unexpected punctuation mark in this wide-ranging retrospective, a funny and tender moment that is self-aware on multiple levels, acknowledging the difficulties of proper accreditation amid conventions of authorship....

"Throughout Emshwiller’s film and video work, illustrations, paintings, works on paper, and sculptures (painted neckties!), there is a sort of deeply compelling mania, as if he could not possibly record everything he felt compelled to in the mediums available to him and in the timespan of a life. In remarks that followed the opening screening of “Dream Dance,” Emshwiller’s daughter Susan recalled her father’s monomaniacal documentation of their shared everyday life, an object of her teenage frustration. When asked by an audience member what, of his sprawling body of work, Emshwiller was most proud of, Susan replied without hesitation, “Whatever he was working on at that moment.” ' -  Heather Holmes, Art in America 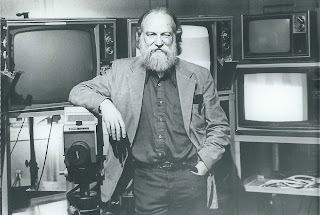 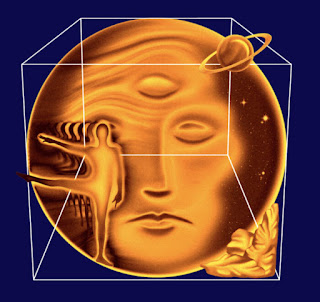 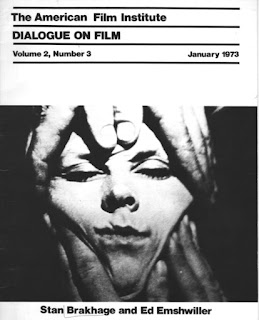 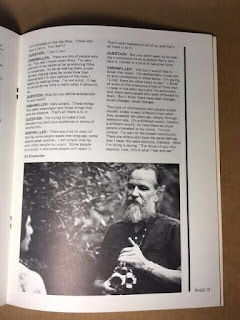 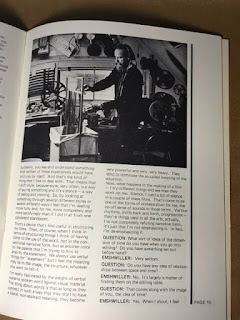 Posted by SIMON REYNOLDS at 2:25 PM