"The unique characteristic of Estonian auteur animation is considered to be consistency in applying the co-effect of caricature, absurd humour and rationality, and playfulness, individuality, and a multifaceted approach in telling stories. All these traits are present in the works of Eesti Joonisfilm’s permanent authors Priit and Olga Pärn, Ülo Pikkov, Priit Tender and Kaspar Jansis. According to critics, films by Eesti Joonisfilm’s authors treat children like grown-ups and grown-ups like children...  Eesti Joonisfilm achieved international recognition with Rein Raamat’s films Lend (Flight, 1973, art director Aili Vint) and Kütt (The Hunter, 1976, art director Rein Tammik). Raamat’s most momentous films turn out to be Suur Tõll (Tõll the Great, 1980, art director Jüri Arrak) and Põrgu (Hell, 1983, artist Eduard Wiiralt). Priit Pärn is Estonia’s most internationally recognised and awarded filmmaker. Pärn’s films from this period that earned the most awards are Eine murul (Breakfast on the Grass, 1987) and 1895 (1995 together with Janno Põldma)." - Eesti Joonisfilm

"As Estonian animation began to push its own identity and achieve recognition just before independence, Priit Pärn’s films attracted attention with their naïve drawing style and controversy for a perspective on life behind the ‘iron curtain’ that would have been considered dangerously subversive a decade previously. Pärn managed to sidestep both the Disney-style kiddie cuteness previously prescribed by the government controlled Soyuzmultfilm studio and the dull preaching of a lot of his contemporaries’ ‘serious’ political animation. Along with the gritty social commentary, his films are also characterised by bizarre, surreal and ironic humour. Pärn also managed to find a stylistic middle ground between traditional cartoon drawing and raw primitivism, his scratchy style of drawing was confident and original and managed to be both figurative enough to be easily readable while retaining a free, spontaneous nature (by its painstaking nature a quality hard to find in much animation). His complex films were not only a simple criticism against totalitarian communist societies but also seemed to question the flip-side of the coin, a free market extreme where naked competition and materialism can lead to alienation, exploitation and the coarsening of values." - Stephen Cavalier, Skwigly 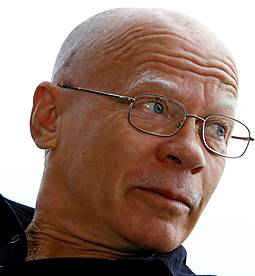 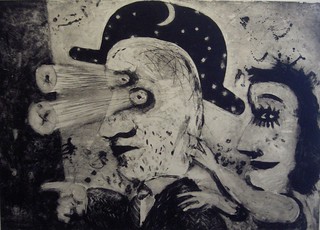 "Hotell E" with some Beach House thrown over the top